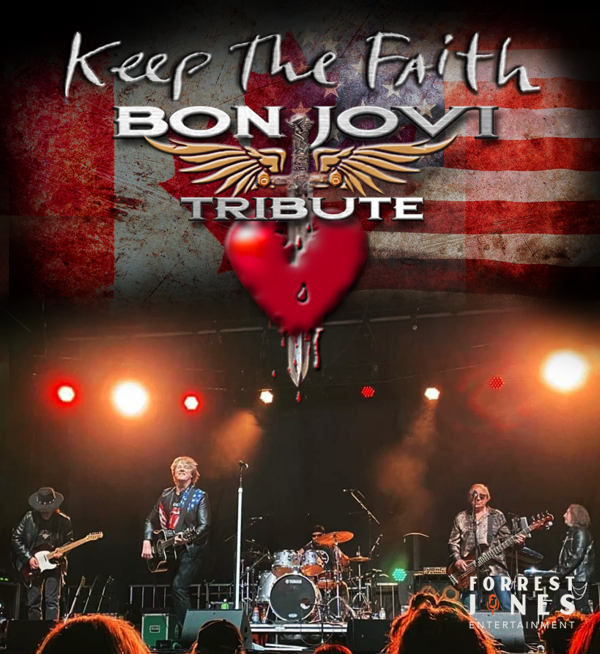 Keep The Faith is the Bon Jovi tribute band providing you with the unequivocal live concert performance you come to expect from a Bon Jovi tribute. Every note, every move, every detail has been carefully crafted and choreographed to deliver you the ultimate Bon Jovi experience.

While family friendly, this high energy, intensely interactive journey will take you back to the 80's and 90's with the big Bon Jovi radio hits such as "Wanted Dead Or Alive", "Livin On A Prayer", "It's My Life" and "Always" to name a few!

This show is for the diehards too so don't be surprised if you hear a few rare Jovi songs as well as covers that are performed at a Bon Jovi concert like "Hallelujah" and some "Old Time Rock n Roll"!! From their first self-titled album to 'This House Is Not For Sale', we have all your Bon Jovi eras included into 'One Wild Night'!

Get your Tickets EARLY! And get ready to ROCK!!