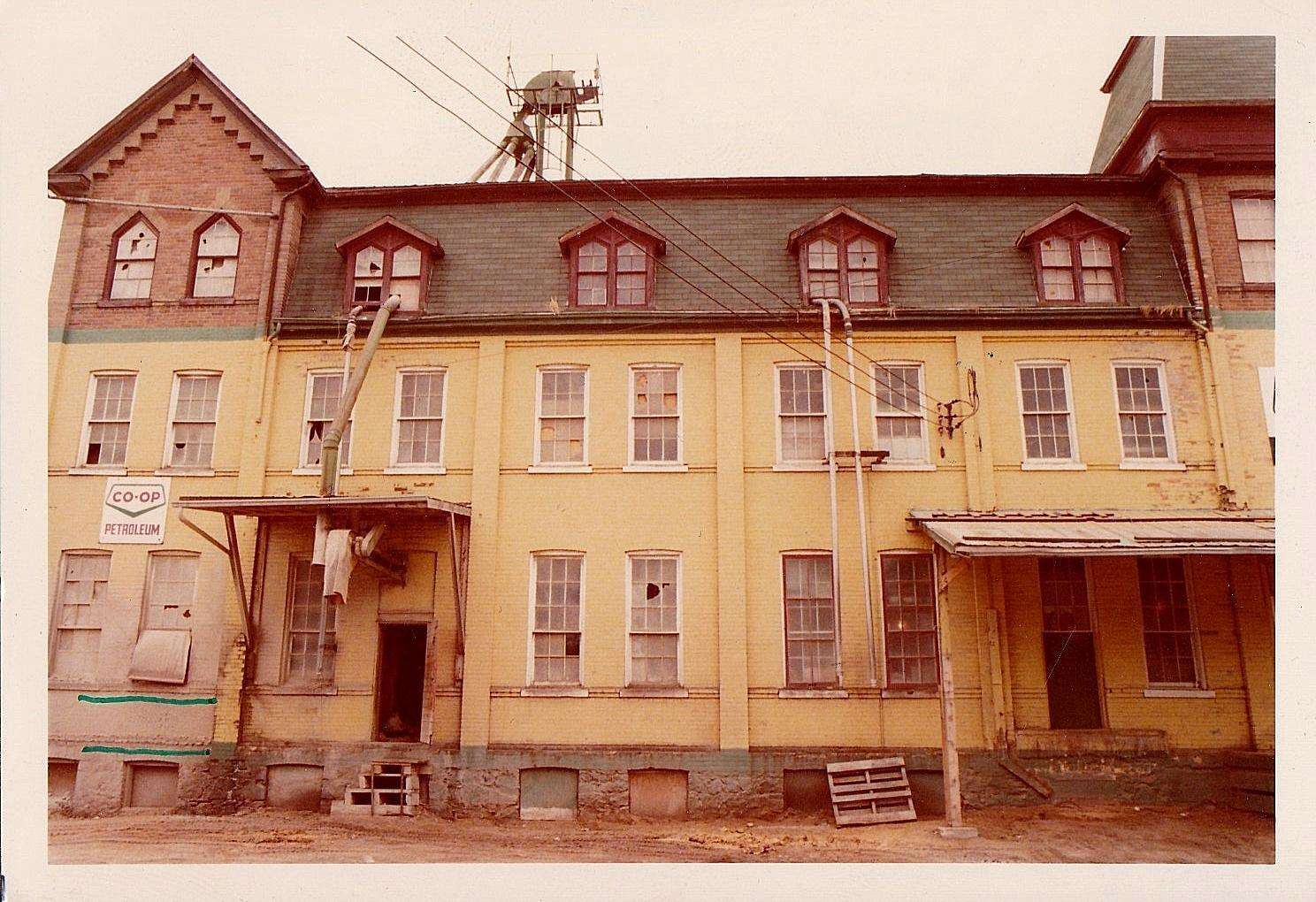 Built in 1889 by the Mercer Manufacturing Company to house their farm implement factory, the building sat apart from the original Village of Alliston. It was designed in the second empire style, similar to that of Canada's Parliament buildings. The structure was made from local virgin timber and local brick.

After serving for years as a manufacturing facility, the building eventually became a farmer's Co-op, selling grains and farming equipment and implements to support the significant agricultural community of the area. In the early 1960's the Gibson family bought the buildings on Tupper St. for their growing transport operation. The family knew when they acquired the location that underneath all the paint and feed supplies was an architecturally significant building. Although the building did not lend itself to their use, the Gibsons were compelled to maintain ownership of the property.

On August 5, 2000, a group of community leaders presented a possible use for the building to the Gibsons. The proposed use would fill a need in the community and provide for the restoration of the building. Leonard and Bing agreed, and handshakes out behind the building sealed the deal. The cost to the group would be $1 for the building and an acre of land.

Since the Gibsons stipulated the donation of the building was to be to a non-profit corporation, a seven member board was struck and status was gained under the name Gibson Cultural Centre Corporation. Charitable status soon followed. Ownership of the building was passed officially from Leonard and Bing Gibson to the Gibson Cultural Centre Corporation at the Canada Day Celebrations held in Alliston's Riverdale Park on July 1, 2001, when the doors were finally opened.