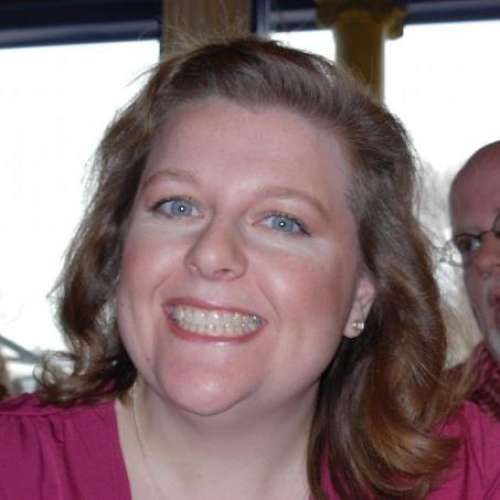 Nanette Seaman is a graduate of the University of Toronto Faculty of Music. She studied voice with Lynn Blaser and choral conducting with Dr. Doreen Rao. Nanette was also the manager and soloist of the University Women's Chorus with director Ann Cooper-Gay and manager of the MacMillan Singers. Mrs. Seaman has sung under the baton of many notable conductors such as Robert Shaw, Elmer Iseler, John Poole, Robert Cooper, & John Rutter. She toured with the Ontario Youth Choir working with Jon Washburn, Wayne Strongman, and Lydia Adams, and has sung with many other community and church choirs including the Amadeus Choir. Locally, Nanette has appeared as a soloist with the New Tecumseth Singers and the Harmonia Choir's summer concert series. In September 2009 Nanette formed the South Simcoe Youth Choir, which gives children aged 8-18 an opportunity to perform a variety of music in different venues around South Simcoe.
In August 2015 Nanette was invited to become Assistant Director of The Sugartones, a competitive ladies a cappella chorus. In 2016 the chorus won 2nd place at their regional competition. The ladies enjoy singing at many venues around South Simcoe. Nanette also teaches private voice lessons.