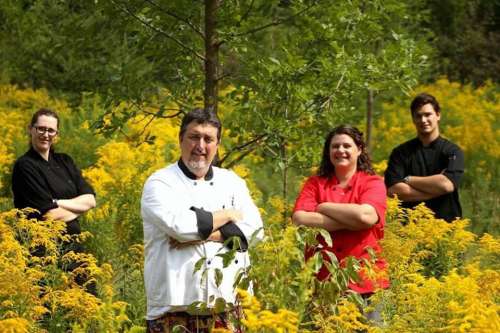 Chef Sean was born in St. Thomas, Ontario and started working in kitchens at 16 years of age. During high school Chef Sean met Chef Susan and the two have been together ever since. Chef Sean has worked in over 100 kitchens and in total has over 36 years of culinary experience. He obtained Canadian Red Seal Chef status in 1990. Since September of 1992 he has worked as a culinary instructor in six different high schools and three different school boards. Quickly, he worked his way up the ranks of education becoming a department leader in three different schools. All the while he deepened his knowledge for delivering culinary skills to children and adults alike.

Chef Sean attended culinary school at Fanshawe College in London, Ontario. He has also attended Candadore College for Business Marketing, York University for Accounting and the University of Toronto and Queen's University for teacher education.

Chef Susan went to school to study Food Nutrition at Canadore College and the University of Guelph and eventually became qualified as a Food Service Supervisor. In this first career Chef Susan gained extensive experience in nutrition and diets while working in various nursing homes and hospitals. Later in her career she obtained her Canadian Red Seal Chef certification. Chef Susan attended the University of Windsor for teacher education.

In 1992 and again in 1993 Chef Sean and Susan had two children who have grown up to be Chefs as well! Chef Brittany and Chef Tanner’s training was almost identical. They worked in kitchens with Chef Sean and Chef Susan while growing up and started their training at 5 years of age. They have gained valuable experience and knowledge from industry Chefs at various hotels, resorts and restaurants throughout Ontario including Severn Lodge, The Waterloo Inn, Huether Hotel, Devils Pulpit Golf Course, and more. Both attended The University of Waterloo, following their university degree Brittany obtained her Bachelor of Education at Sir Wilfrid Laurier University, and Tanner obtained his Bachelor of Education at Queen’s University.

Chef Sean, Chef Susan, Chef Brittany and Chef Tanner are all High School Hospitality teachers right here in Simcoe County! The Griffin family of Chefs enjoys staying active in the community and are very excited to be a part of the Gibson School of the Arts. 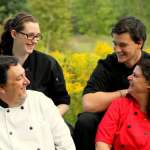