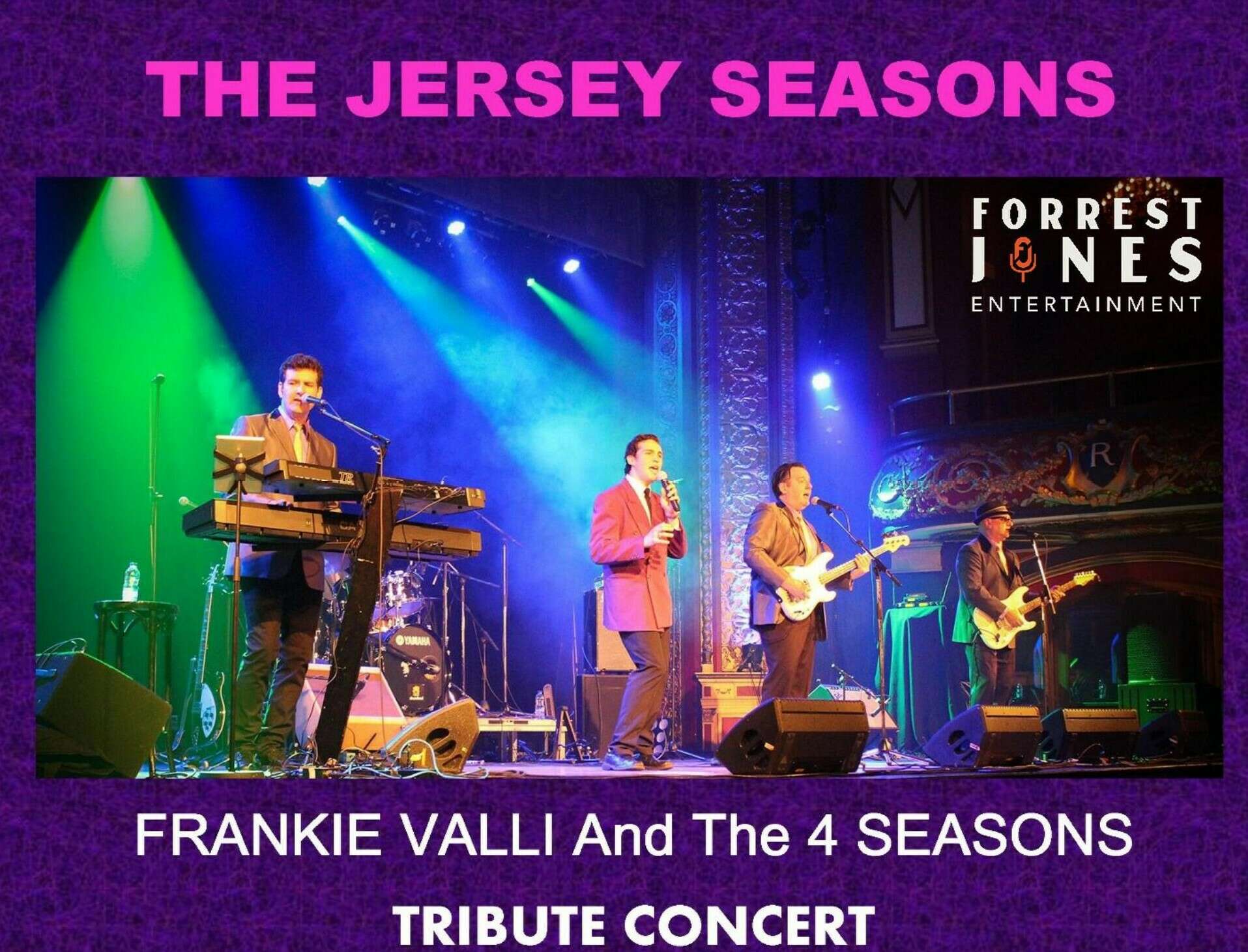 Recently, the Broadway musical Jersey Boys became an international hit and brought attention to the hits of Frankie Valli and The Four Seasons and the 1960s.

The Jersey Seasons not only appear to look like the original group from the 60s but also their vocal sound of a young Frankie Valli is reminiscent of their 1962 appearance on the Ed Sullivan show.

The look, music, and harmonies of the original Four Seasons are all intact and this group will perform the hits that audiences love, like Sherry, Walk Like a Man, Dawn, Rag Doll, Big Girls Don't Cry and Can't Take My Eyes Off Of You and they are all done with ease and the nostalgic flair of those years gone by.

Close your eyes and it's the real Frankie Valli and the Four Seasons!

All of the instrumentation and vocal harmonies are performed LIVE and with the aid of no tracks.