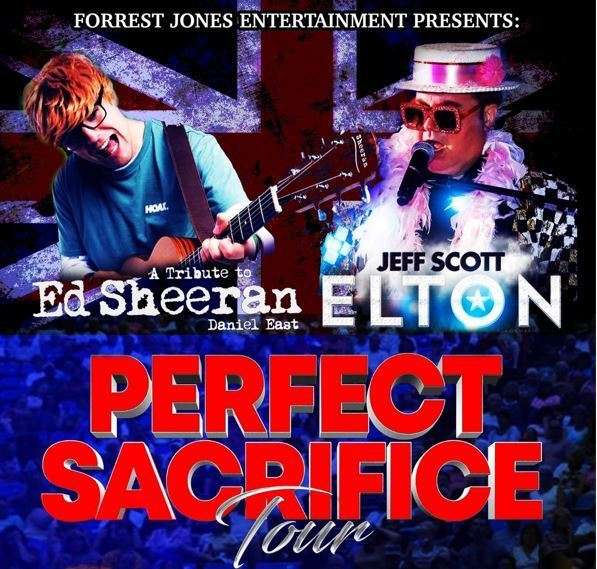 Join us live at The Gibson Centre on April 7th, 2022 as we pay tribute to two of the UK's most successful artists, Elton John and Ed Sheeran in one show stopping performance.

Daniel East has been performing around the world as Ed Sheeran since 2015, live with the loop pedal and signature guitars, Daniel is believed to be closest to the real deal.

Jeff Scott from Richmond Hill, Ontario has the looks and mannerisms of Elton John today and provides a superior performance like no other.

Tickets $45 can be purchased online or in person at The Gibson Centre.