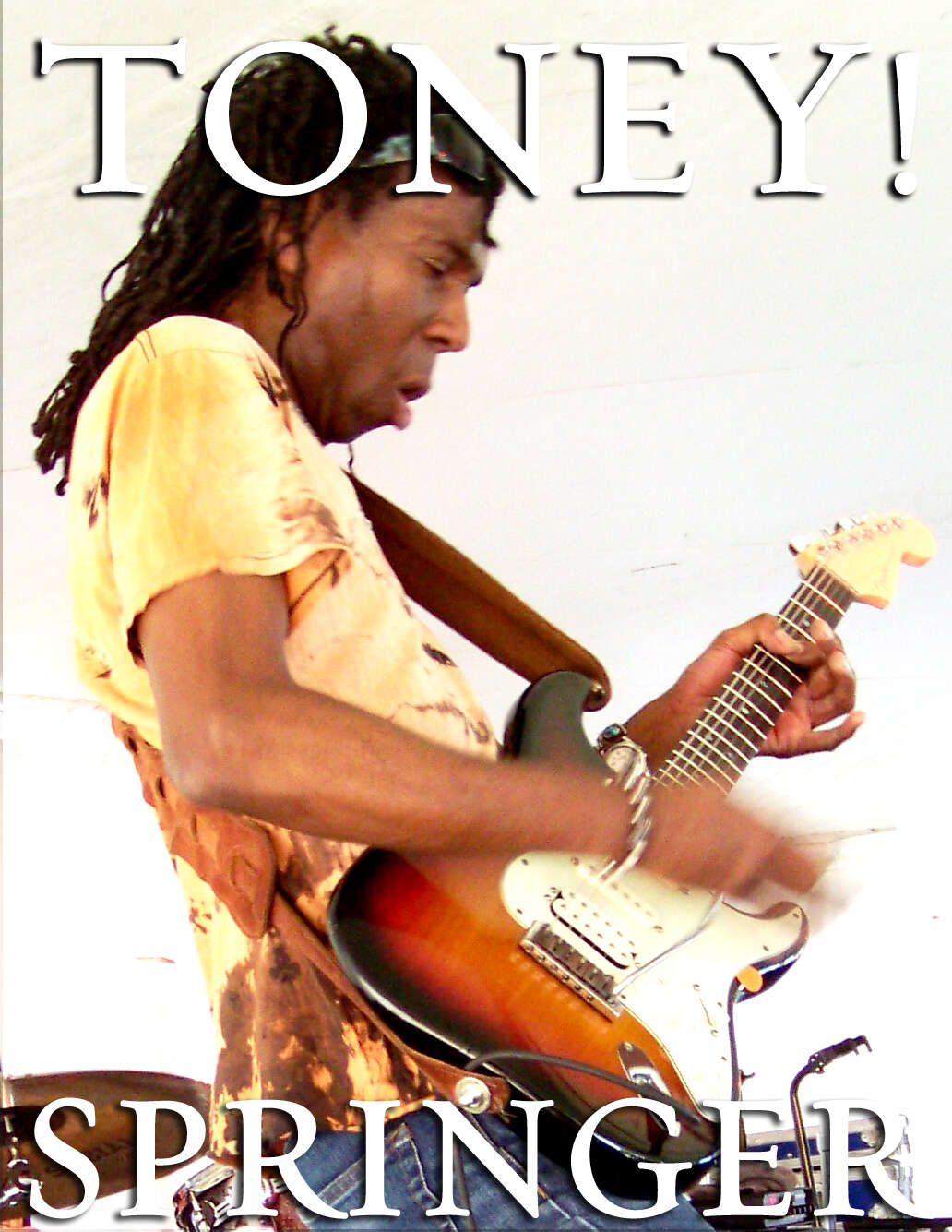 Guitarist Tony Springer has hung with the best: David Bowie, Jeff Healey, Bon Jovi, Jay Leno, David Letterman, Arsenio Hall and many others. Tony (aka "Wild T") took his name from his hometown of Tunapuna, Trinidad. Though comparisons are sometimes made to Jimi Hendrix, Lenny Kravitz and Eric Gales, ironically it was Tony's exposure to Steve Howe (Yes) that inspired him to pick up the guitar.

Moving to Toronto (Canada) in his teens, Tony quickly gained a reputation on the club circuit. And the mid-80s, after only a few years in the city, Tony was voted best guitarist at the Canadian Black Music Awards and has not looked back since.

In Tony, Jeff Healey saw a man with an endless imagination, "a man who could combine that imagination with an emotion that you couldn't help but feel. I just followed him around like he was a messiah. I probably learned more from Tony than from anyone else—Tony's been my idol for years."

Healey wasn't the only one who noticed Tony's rapid ascension through the ranks… David Bowie chose Tony to be his guitarist on his "Black Tie White Noise" album after seeing 'T's video "Midnite Blues" on a TV show while in Toronto with Tin Machine. Subsequently Tony appeared with Bowie on Leno, Letterman and Arsenio Hall, as well as on Bowie's "The Making of Black Tie White Noise" DVD, which prominently showcased Wild T. Bowie called him "an absolute delight."

Tony's band was also hand-picked to support Bon Jovi's 14-date Canadian tour. And in 2001, Tony was asked to portray Jimi Hendrix in "Daydream Believers: the Monkees Movie." Over the last six years, Tony has toured extensively throughout Europe, the USA and Canada with his band Wild T & the Spirit.

The spiritual karma exchanged between Tony and his audiences has given him a tremendous reputation for fiery live performances.