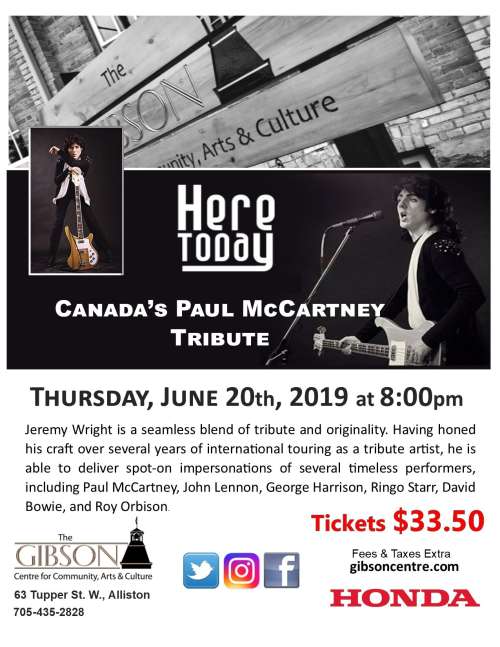 A jaw-dropping tribute to the music of The Beatles, Paul McCartney, and Wings! "Here Today" has performed to great acclaim everywhere from PEI to Vancouver Island, from New York to the Cayman Islands.

No detail is spared in recreating all the favourites, including Yesterday, Hey Jude, Band on the Run, Maybe I'm Amazed, and Let it Be.

“In addition to being fantastic to work with, Jeremy Wright is easily one of the most talented and likeable musicians I have had the pleasure of dealing with in 2016. His disarming wit brings a rare element of fun to some of rock's greatest songs.”
— Chad Hogan, General Manager, Market Hall Performing Arts Centre